RAPPR’s name evolved from an early acronym (Real-time Audio Processing Platform), and it’s a MacOS desktop accessory that applies audio spatialization system-wide. At a minimum, it allows users to apply room ambience and depth to all onboard sound. When used in conjunction with Dysonics’ Bluetooth hardware sensor, which attaches to any over-ear headphones, it applies real-time spatialization to audio, resulting in a pinned sound source relative to the user’s head position. The resulting audio is surprisingly lifelike and can cause listeners to forget they’re using headphones at all; instead of the piped-in effect of headphones stereo, sound suddenly feels like it’s coming from a localized, open-air source in the room.

Like other products developed by Dysonics, the engineering team, led by the company CTO, largely defined the requirements of the software based on a set of proven capabilities. It served as a vehicle for their IP as much as a consumer-facing product. The interface needed to allow users to scale the simulated environment spatially while reflecting position of the user’s head relative to the sound signal. The app also had to facilitate the pairing of Dysonics’ Bluetooth motion sensor, RondoMotion, the accompanying use of which harnesses the full capability of the software. The architecture of the software is relatively simple, and many of its UI challenges bridged both UX and VX. On the UX side there was the challenge of organizing its features and its hardware-pairing workflow, while on the VX side there was the challenge of actually visualizing the sound, its relationship to the user, and the effect’s mode (video, audio, or 5.1).

The visual experience of RAPPR has underpinnings in prior Dysonics products, borrowing typography carrying over its color palette but with more context and meaning. Different modes rely on contrasting color while the app featured a brighter, lighter interface than their previous iOS product to feel more at home as a utility on MacOS (the latest at the time of release, pre-dark mode). 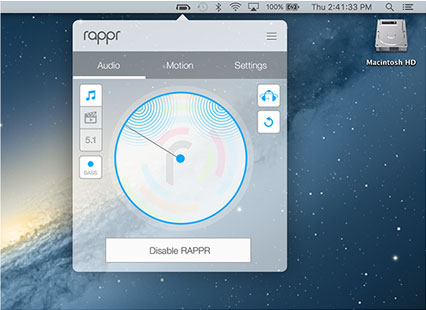 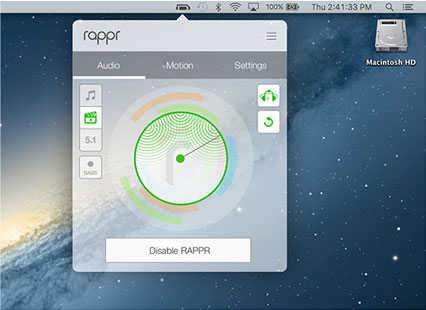 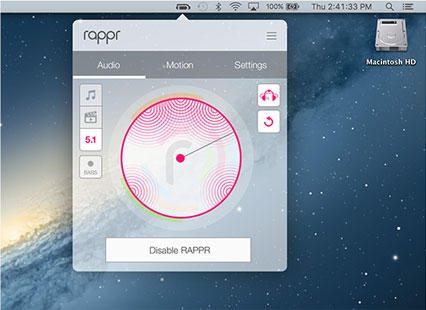 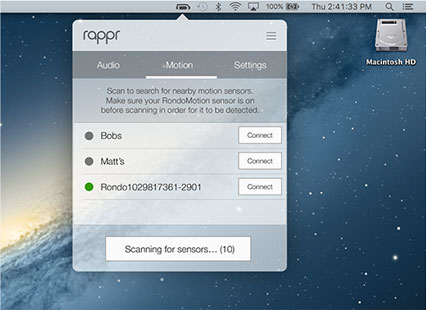 RAPPR’s product logotype is an extension of the Rondo suite of products that preceded it (RondoPlayer for iOS, RondoMotion hardware sensor). The color palette and styling of its app icon and software also evolved from the same visual language that defined those products, including its bright colors and rounded sensibility.

The RAPPR product page was designed as part of a sitewide refresh for the company, with an emphasis on the product’s versatility and an overview of its capabilities. It was engineered in WordPress by a third-party developer. 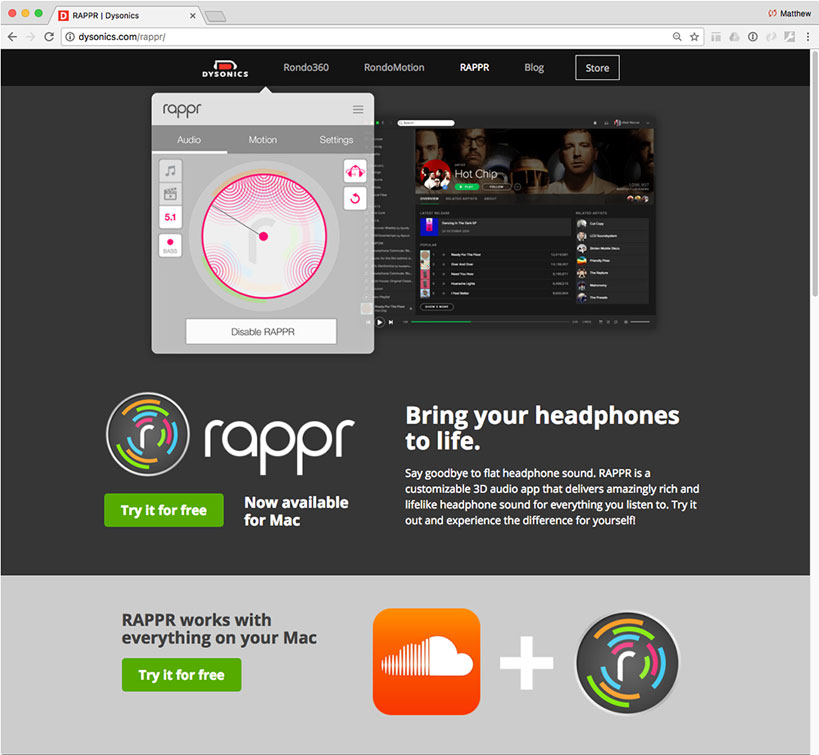